A look at ten options available for those PPC managers who have run out of growth opportunities in Google.

There are plenty of air quality sensors out there but so far the Awair Glow is the only sensor I’ve found that can do something about nastiness in your environment. The Glow is a small plugin nightlight that connects to an iOS or Android phone and lets you turn on a fan or air purifier if certain conditions are met. The device is quite compact – it’s about as big as a… Read More 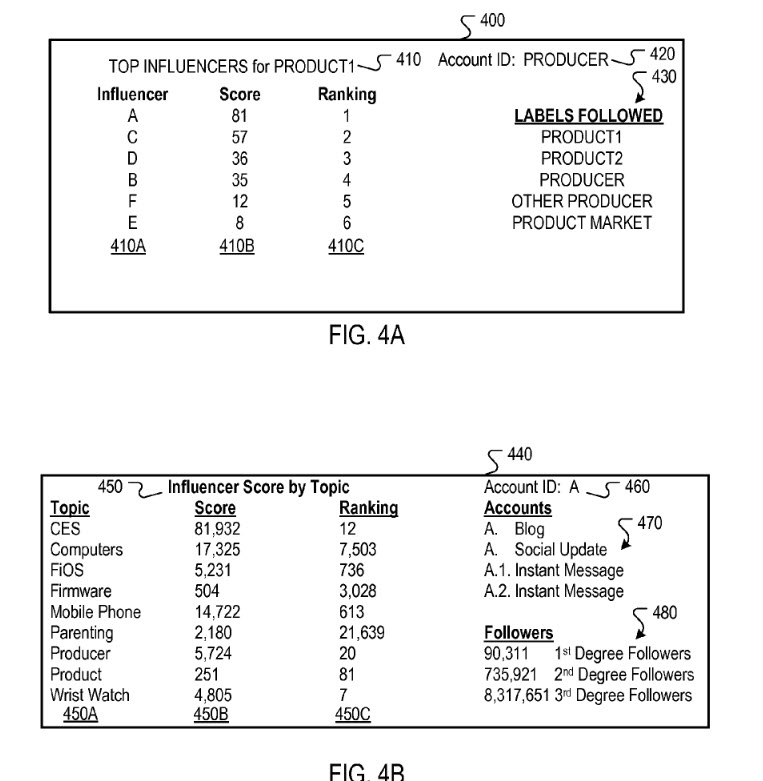 A patent granted to Google this week tells us about social media influencer scores developed at Google that sound very much like the scores at Klout. In the references section of the patent, Klout is referred to a couple of times as well, with a link to the Wikipedia Page about Klout, and the Klout FAQ page. We aren’t given a name for these influencer scores in Google’s patent, but it does talk about topic-based influencer scores and advertisers.

Many patents are published that might give the inventors behind those patents a right to the technology described in them, but often the decision to move ahead with the processes described in those patents might be based upon business-based matters, such as whether or not there might be value is pursuing the patent. When I read this patent, I was reminded of an earlier patent from Google from a couple of years ago that described an advertising model that used social media influencers and their interests called Adheat. That patent was AdHeat Advertisement Model for Social Network. A whitepaper that gives us a little more indepth information about that process was AdHeat: An Influence-based Diffusion Model for Propagating Hints to Match Ads. One of the authors/inventors, Edward Chang left Google after the paper came out to join HTC as their Vice President of Research and Innovation.

This new patent was originally filed on May 29, 2012. Edward Chang left Google for HTC in July, 2012. I don’t know if those events are related, but the idea of using social media influencers in advertising is an interesting one. The patent doesn’t pinpoint specific social media platforms that would be used the way that Klout does. Interestingly, Klout does use Google+ as one of the social media networks that they use to generate Klout Scores.

I like seeing what Google patents say about things on the Web. Their introduction to social media and to influencer scores was interesting:

Social media is pervasive in today’s society. Friends keep in contact throughout the day on social networks. Fans can follow their favorite celebrities and interact on blogs, micro-blogs, and the like. Such media are referred to as “social media,” which can be considered media primarily, but not exclusively, for social interaction, and which can use highly accessible and scalable communication techniques. Brands and products mentioned on such sites can reflect customers’ interests and feedback.

The patent tells us about the role of the process it defines:

This new patent tells us about

The patent also tells us that the following are advantages to be gained from the use of the process described in the patent:

The patent is worth reading in full, and it contains some interesting insights including some hints regarding whether Google might engage in this type of social media advertising (see the screenshot from the patent that starts this post, showing influencers and topic scores for them, which is described in a little more detail in the patent.

I also liked this quote from the patent, and wanted to make sure that I shared it, because it raises a good point:

These social media influencer scores do seem very similar to what Klout is doing. Would Google venture into such territory?

Copyright © 2017 SEO by the Sea ⚓. This Feed is for personal non-commercial use only. If you are not reading this material in your news aggregator, the site you are looking at may be guilty of copyright infringement. Please contact SEO by the Sea, so we can take appropriate action immediately.
Plugin by Taragana

The time to VOTE for PPC Hero’s annual list of the Top 25 Most Influential PPC Experts for 2017 is now.

CBPO April 28, 2017 No Comments
For three years, many have participated in our free online courses on Analytics Academy, which aim to help you become an analytics expert and learn best practices on how to make your data actionable. In 2013, we started with a single course focused on Digital Analytics Fundamentals, and have since grown our offerings to include Google Tag Manager, Ecommerce and more.

In Google Analytics for Beginners, you will join instructors Justin Cutroni and Krista Seiden to learn the basics of Google Analytics, including how to create an account, implement the code, and set up filters. You’ll also learn how to navigate the interface, analyze reports, set up goals, track campaigns, and create dashboards.

Our Advanced Google Analytics course goes in depth on how data gets collected and processed. You’ll learn how to use configurations like Custom Dimensions, Custom Metrics, and Event Tracking. The course also demonstrates advanced techniques, including segmentation, channel reports, audience reports, custom reports, and marketing strategies like remarketing.

Both of these courses include interactive demos and activities to apply what you have learned, using our free Google Analytics Demo Account.

In addition to this pair of new courses, Analytics Academy has added some new features:

An early player in drone-tech, 3D Robotics Inc., announced that it has raised $ 53 million in a Series D round of funding on Thursday, including new equity funding and conversion of debt equity. Atlantic Bridge led the round joined by Autodesk Forge Fund, True Ventures, Foundry Group, Mayfield and other undisclosed investors, according to the company statement. The company didn’t break… Read More

Nintendo has a new handheld video game system it released pretty much out of the blue on Thursday. The 2DS XL is basically a 3DS XL without the 3D, with a smaller physical footprint for more portability, but with the same size large, dual displays you’ll find on the 3DS XL. The new console hits store shelves July 28, so we’ll still have to wait a while to get our hands on one, but… Read More

Facebook finally has a better solution to freebooting — the common practice of stealing video and uploading it to one’s Facebook Page to reap the engagement and audience growth. This way if an infringing video includes a new mid-roll ad break Facebook is testing, the revenue will be sent to the content’s owner instead of the uploader who stole it. Read More

How Marketing Executives Are Being Fed Bad Data

How a typical organization requests and interprets what’s happening with their marketing campaigns leads to unclean data, making its way to the c-suite. The concept of “Bad Data” has many definitions, but in this whitepaper, we focus on data that has been misrepresented or misinterpreted and not on faulty collected data.

Breathtaking Photos of a World Without Light Pollution Gavin Heffernan and Harun Mehmedinovic set out to document the last dark skies around North America. The post Breathtaking Photos of a World Without Light Pollution appeared first on WIRED.
WIRED