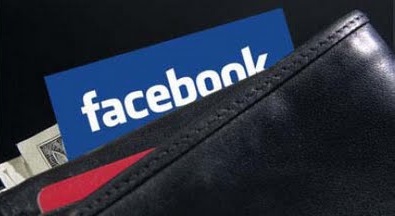 Facebook is testing a way to make paying with a credit card easier, but it works with PayPal, not against it as AllThingsD wrote. The feature pre-fills credit card and billing info for making easier purchases through PayPal, Stripe, Braintree or other payment processors in third-party mobile apps. It’s not a payment processor itself, but could help Facebook prove the ROI of its ads.

AllThingsD first reported Facebook was working on a new payments test with ecommerce app JackThreads, but mis-framed it as an immediate threat to PayPal’s core business. Since Facebook doesn’t actually process these mobile app payments, it can’t used as a replacement for PayPal. One day that could change with a lot of work on Facebook’s part to become a processor, but not yet.

Matthäus Krzykowski, an online payments expert and former advisor to the Society for Worldwide Interbank Financial Telecommunication (SWIFT), confirms this assertion saying, “The simplest way to think about a competition with PayPal would be to imagine Facebook as Visa or American Express. To compete, Facebook would need to get the status of an ‘acquiring bank’ and build up a lot of the know-how and manpower that companies like Visa or American Express have. This is not what this news is about. If it happened – and it’s a huge if, we would easily see this coming.”

Matthäus concluded from his experience in the industry, “I’ve essentially learned that competing with PayPal is a pipedream.”

Let’s say you click through an ad on Facebook to an ecommerce app or visit an ecommerce app on your own. When you go to make a purchase you’d normally have to type in your credit card and billing address information on your tiny keyboard. That’s a hassle that discourages people from actually buying things.

With Facebook’s new payments test, you’d see a button that says something like “Let Facebook Input My Billing Info”. You’d then see a data permission request asking you to allow access to the billing info you’ve previously stored with Facebook from buying Gifts or making payments in games. With one click, your permission fills in all that billing info and you can hit the “Confirm Purchase” button.

The payment is then processed by whatever processor the app already uses, be it PayPal, Braintree, Stripe, or whatever, and it collects its normal fee. In effect, Facebook’s payments feature is a data layer that rides on top of other payment services rather than competes with them. This is similar to how Facebook doesn’t compete directly with iOS and Android, but is instead a social layer on top of them.

PayPal’s senior director of global initiatives Anuj Nayar agrees this is how Facebook’s system works in relation to his company. Facebook’s official statement denying the test is trying to steal clients from PayPal is:

“We are working on a very small test that lets people populate their payment information already on file with Facebook into the checkout form of a mobile phone app when they are making a purchase. The app then processes and completes the payment. The test makes it easier and faster for people to make a purchase in a mobile app by simply pre-populating your payment information.  It will be a very small test with 1-2 partners.

We continue to have a great relationship  with PayPal, and this product is simply to test how we can help our app partners provide a more simple commerce experience. This test does not involve moving the payment processing away from an app’s current payments provider, such as PayPal.”

Rather than collecting fees, Facebook’s payments test will give it data about whether your ad clicks lead to revenue for advertisers. Say you got that ecommerce app through a Facebook ad whose click cost the app $ 0.25. If you then make a $ 20 purchase using the Facebook info fill-in option, Facebook can then report back to the advertiser that their ad buy earned them a return on investment. That’s critical for convincing them to buy more ads. [Update: The Wall Street Journal’s Evelyn Rusli came to similar conclusions that this is about proving ad ROI, not competing with PayPal.]

Facebook could also use the same flow to make it easier for advertisers to buy those ads.

Perhaps years from now Facebook could get serious and set itself up as a payments processor, but for now this feature has other benefits for Facebook beyond earning direct revenue at the expense of PayPal. For the short to mid-term, Facebook’s business is ads. It’s strategy is offering advertisers and developers whatever tools it can to get them to buy more ads, whether that’s online or offline.

In the meatspace, Facebook is working with Datalogix to measure how its ads encourage purchases at brick and mortar stores. If it can show a toothpaste brand that a $ 1 million ad buy in San Francisco increases its toothpaste sales by $ 3 million in the city, it can persuade them to keep advertising with it.

Online, Facebook wants platform developers to buy its ads and contribute content it can show ads next to. It launched mobile app install ads in November to help developers get their products discovered despite the crowded app stores. The ads quickly rose to become a significant part of Facebook’s ad revenue.

Then it acquired mobile backend-as-a-service Parse in April to make it easy for developers to host their apps and concentrate on the user experience. By getting closer to developers through Parse, Facebook can push its social sharing SDK that gets apps sharing content back it can monetize through ads, and also promote its mobile app install ads.

These online components of its strategy could combine to let it play a part of every step of the mobile economy by:

Since Facebook’s business is moving decisively towards mobile, and it faces competitors in the social ads space from Twitter and other platforms, it has to do everything it can to juice ad sales while improving the user experience. A simple answer to making more money is either showing more ads or branching out into new entirely new businesses like third-party payments processing. But a better one may be looking to simply make its existing ads more relevant and expensive by using data to improve their targeting and prove they work.

And while it’s always tempting to assume anything big companies do is to make money, Facebook may have simply felt it was silly for people to be punching in their payment details on mobile when it already has them stored.

Facebook actually tried to allow developers to request home addresses to eliminate billing and shipping info input friction back in 2011, critics had an unnecessary freak out about privacy and Facebook shut the option down after just a few days. With any luck we’ve evolved since then, and might allow Facebook and other companies to erase this hassle across the web.

Facebook is the world’s largest social network, with over 1.15 billion monthly active users. Facebook was founded by Mark Zuckerberg in February 2004, initially as an exclusive network for Harvard students. It was a huge hit: in 2 weeks, half of the schools in the Boston area began demanding a Facebook network. Zuckerberg immediately recruited his friends Dustin Moskovitz, Chris Hughes, and Eduardo Saverin to help build Facebook, and within four months, Facebook added 30 more college networks. The original…

PayPal is an online payments and money transfer service that allows you to send money via email, phone, text message or Skype. They offer products to both individuals and businesses alike, including online vendors, auction sites and corporate users. PayPal connects effortlessly to bank accounts and credit cards. PayPal Mobile is one of PayPal’s newest products. It allows you to send payments by text message or by using PayPal’s mobile browser. PayPal created the Gausebeck-Levchin test, which is an implementation…