“In The Studio,” VMware’s Parth Shah Helps Explain The World Of Enterprise IT 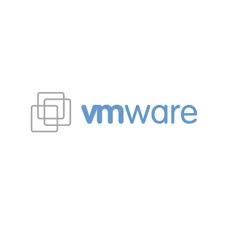 Editor’s Note: Semil Shah is a contributor to TechCrunch. You can follow him on Twitter at @semil.

This is the final episode of my show on TCTV, “In The Studio.” The final guest is a good friend, Parth Shah (no relation), an engineer with VMware, and before that, at Yahoo! Parth combines the precision of CMU CS graduate’s take on web development with a hacker mentality, and has the rare skill of being able to explain some of the most complex enterprise IT concepts to those who don’t have as much context — such as me! In this short conversation, Parth shares with us his work at VMware and his generalized thoughts on how the enterprise stack is being disrupted today. This video would be a great primer for anyone who wants to begin to learn about the enterprise world.

As an added bonus, Parth and I have spent a few months collaborating on a post about the enterprise IT stack, written in lay-terms so that a wider audience can learn more about it. We are proud to publish this post today, which you can read here.

Finally, thank you for being a loyal viewer of “In The Studio” as it ends today (my Sunday column, Iterations, will continue). In the span of 18 months, the show ran for 70 consecutive weeks, producing 70 episodes featuring Silicon Valley’s up-and-coming founders, legendary venture capitalists, emergent seed investors, and focused on producing quality, primary-source content in today’s noisy tech media landscape. For me, “In The Studio” was a terrific platform to get to meet people who excelled at what they do. As someone who is new to the technology world, doing the show was a crash-course in learning by conversation, and making those conversations public will hopefully provide insight to others who are looking to learn. I have worked to organize and reproduce all the videos, which you can access here. This is a great privilege, so thanks again to all those who participated.