What do we know so far about Google’s new homepage?

Google has released a new, feed-based mobile homepage in the US, with an international launch due in the next two weeks.

This is perhaps the most drastic and significant update of the Google.com homepage (the most visited URL globally) since Google’s launch in 1996.

The upgraded, dynamic entry point to the world’s biggest search engine will be available initially on mobile devices via both the Google website and its mobile apps, but will also be rolled out to desktop.

Let’s take a look at what’s changing and how, as well as what it might mean for marketers.

What’s different about the new homepage?

Google’s new homepage allows users to customize a news feed that updates based on their interests, location, and past search behaviors.

On the Google.com website (via a mobile device), there are now four icon-based options: Weather, Sports, Entertainment, and Food & Drink. The ‘Weather’ and ‘Food & Drink’ options can be used straight away, as they take the user’s location data to provide targeted results. The ‘Sports’ and ‘Entertainment’ options require a little more customization before users can benefit from them fully. Without this, Google will just serve up popular and trending stories within each category.

In the example below, I tapped on the ‘Sports’ icon, then selected to follow a baseball team, the Boston Red Sox. Based on this preference, Google then knows to show me updates on this team on my homepage. The results varied in their media format, with everything from Tweets to GIFs and videos shown in my feed. This means that rather than encountering the iconic search bar, Google logo, and the unadorned white interface we have all become accustomed to, each user’s feed will be unique. As I start to layer on more of the topics I am interested in, Google gains more information with which to tailor my feed.

On the Google mobile app, based on my selection above, my homepage looks as follows: This is quite a big departure and is an experience we should expect the Google.com website to mirror soon. For now, the latter retains enough of the old aesthetic to be recognizable, but the app-based version is more overt in its positioning of suggested content.

The trusty search bar is still there, but users are encouraged to interact with their interests too. The interface is designed for tapping as well as typing.

Sashi Thakur, a Google engineer, has said of the launch,

“We want people to understand they’re consuming information from Google. It will just be without a query.”

It is essentially an extension of the functionality that has been available in Google’s Android app since December. Google will also continue to use push notifications to send updates on traffic, weather, and sports, based on the user’s set preferences.

Why is Google launching this product now?

Google has struggled to find a significant commercial hit to rival its hugely lucrative search advertising business. That business relies on search queries and user data, so anything that leads users to spend more time on Google will be of significant value.

The same motive has led to the increased presence of Google reservations, which now allow users to make appointments for a range of services from the search results page.

As Google stated in their official announcement, “The more you use Google, the better your feed will be.”

Users type a query when they have an idea of what they want to find; Google is pre-empting this by serving us content before we are even aware of what exactly we would like to know. By offering a service that will increase in accuracy in line with increased usage, Google hopes users will get hooked on a new mode of discovering information. This also allows Google to incorporate a number of other initiatives it has been working on, such as fact-checking and Google Posts.

You’d be forgiven for wondering whether Google is trying to find its way into social media again. After the demise of the short-lived Google+ platform, Google has seen Facebook grow as a credible threat in the battle for digital advertising dollars.

Facebook’s algorithmic news feed has been a significant factor in its rise in popularity, and with Google Posts incorporated into this news feed, there are certainly elements reminiscent of a certain social network in Google’s new homepage initiative. Readers may also recall the launch of iGoogle in 2005, a similar attempt to add some personalization to the homepage.

That said, it seems more likely that these changes have been rolled out in response to recent launches from Amazon than as a direct challenge to Facebook.

Amazon has made an almost dizzying amount of product announcements and acquisitions of late. As a pure-play ecommerce company, their rapid growth will have been cause for consternation at Google and there is a need to respond.

Of particular interest in relation to the new Google feed is the very recent launch of Amazon Spark, a shoppable feed of curated content for Amazon Prime members. It is only available via the iOS app for now, but it will be launched on Android soon too.

Spark is a rival to Instagram in some ways, with its very visual feed and some early partnerships with social media influencers. It is also similar to Pinterest, as it encourages users to save their favorite images for later and clearly tries to tap into the ‘Discovery’ phase that Pinterest has made a play for recently.

Amazon has also launched its ‘Interesting Finds’ stream, which works in a noticeably Pinterest-esque fashion:

Google has taken aim at Pinterest with its ‘Similar items’ feature and its revamped visual search technology, which feeds the new Google Lens.

In Google’s announcement of the new homepage, they make use of the verbs “discover” and “explore”. Both Amazon and Pinterest have tried to shape and monetize these phases of the search-based purchase journey; Google evidently thinks its homepage needs to take on a new life if it is to compete.

Will it open new opportunities for marketers?

Almost certainly. We should view this as a welcome addition to the elements of current search strategies, with a host of new opportunities to get in front of target audiences.

Google is not launching this product because of any existential threat to its core search product, which still dominates Western markets: The update should encourage a shift in user behavior. As people get used to the new experience, they will interact with Google in new ways and marketers need to be prepared for this.

From a paid perspective, we can expect to see new options open to advertisers, but not in the immediate future.

Amazon has two innate monetization mechanisms within Spark: users have to sign up to Prime (for an annual fee) to get access and, when they do, they are served a shoppable list of results. It comes as no surprise when we are on Amazon that we will be asked if we want to buy products.

That is not always the case on Google, where the initial purpose of the news feed is to gain traction with users and encourage them to spend more time within the site.

Options for sponsored content and (almost inevitably) paid ecommerce ads will come later, once a large and engaged user base has been established.

Cambridge-based PushPage is launching its personal homepage and Q&A platform today, backed by $ 1.7 million in seed funding. The product, live now on both web and mobile, offers users an online presence where they can publicize their likes and interests through a series of interview-like questions PushPage provides, as opposed to the sorts of community-based questions you would see over on a site like Ask.fm, for example. 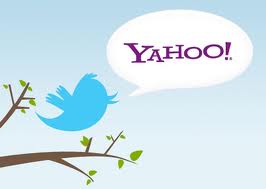 Yahoo and Twitter have partnered to bring tweets directly into Yahoo homepage’s newsfeed on web and mobile, the company announced this morning. The move follows a relaunch of the front page back in February of this year. At the time, the company debuted a redesigned site with an increased emphasis on personalization, as well as a more modern design.